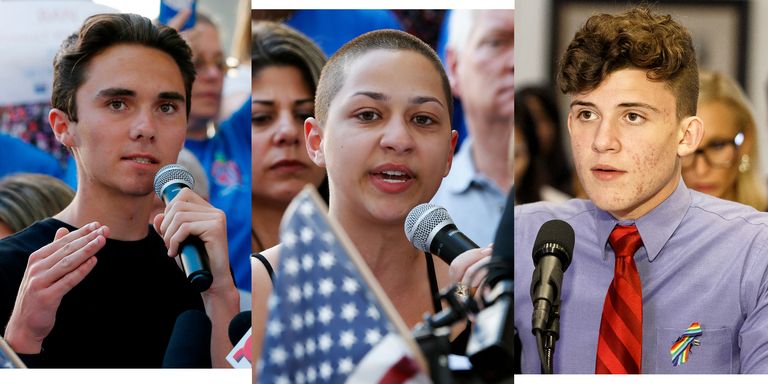 The Rise of Students’ Voices

After the recent shooting at a Florida high school, students from Florida and across the country have decided that enough is enough and are working to enact genuine change in these divided times. Whereas most politicians, like Marco Rubio who received up to ten thousand dollars from the NRA during the the last presidential election, care more about the profit than gun control laws. Since they are only “kids”, many politicians think they aren’t mature enough to speak out on pressing issues. A handful also think that the students are brainwashed by the left to bring an anti gun agenda, which is said by mostly out of touch conservatives like Tomi Lahren who feel as if they are trying to take away guns, rather than put common sense gun laws in place.

Being in the public eye, these young adults have become the victim of many horrible things said about them on the internet. A student from the Parkland high school David Hogg, has been called a crisis actor by conspiracists online. Saying that these kids are apart of a conspiracy discredits how outspoken and courageous they have been. Another student that was subjected to online scrutiny was Emma Gonzalez. In a now deleted tweet by Leslie Gibson, a politician from Maine, called Emma a “Skinhead lesbian” and how there’s nothing about her (Emma) that impresses Leslie. A grown man saying such hateful words about a teenage girl is an example of how our so called leaders are acting like children. These are just two instances of adults trying to discourage these kids.

It’s now been well over a month since the shooting happened and we as a nation are still talking and debating over gun issues. Time after time you watch these shootings unfold and it feels like within weeks the subject of gun control and what to do about the issues are dropped, but not this time. We usually never really get to hear the students speak out against the tragedy. Hearing the students from Parkland rising up and calling BS is something refreshing and hopeful to see from students my age. In many ways these kids have changed the gun control debate, becoming the forefront of social movement to bring change to the status quo. These young adults have rallied together to make a national movement and are using social media to get their message out to the masses.

Although most can’t vote, High school age students deserve a right to voice their opinions on things that directly affect them. This isn’t a right or left issue since it affects everyone who attends a school in America. Teenagers aren’t less smart or more intelligent than the average middle aged person, but just because they are young they aren’t allowed to speak out on what they feel affects them the most? At only 17 years old Emma Gonzalez, has become the face of the #NeverAgain movement.  Like it or not people like her, and David Hogg are the future of this country and we should be looking at leaders like them for a brighter future.