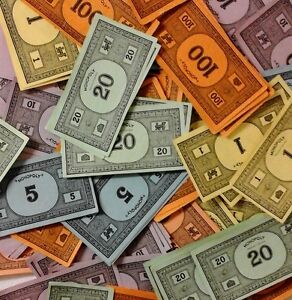 The College Board is the tyrant of the education system. It has a hold on the lives of all students who desire to earn a degree. This organization claims to be non-profit, so why does it operate like a big business? As a student who has recently taken a number of AP tests and SATs – both crucial tests administered by College Board – I have felt the stress not only from the pressure, but also in my family’s pocket book. I have realized, along with my peers, that the road to the widely accepted vision of success is expensive. Each AP test costs $92. This is a significant amount of money for those taking one or two; what about those taking five? Or six? And this is before the college tuition.

Briland, a student just finishing her junior year, took a total of six AP tests in the past two years, and plans to take six her senior year. She has also invested money in multiple SATs and ACTs. She has paid approximately a total of $1,200 just towards College Board. She has also logged around 260 hours, or eleven days, of studying and preparation into these courses. It took quite a bit of time for me to receive these statistics because Briland was busy for a while, doing what you may ask? Working on her AP Biology homework.

The spread of  College Board has led to many issues that question the value of these tests and whether the investment is really worth it. The board celebrates the results of the fast-growing AP Program, however, the flip side to this is that with new AP classes and programs come growing pains, especially in schools that don’t have a lot of funding for new AP programs. It takes a few years for a class to really settle in at a high school, and for a teacher to get used to the AP curriculum. This takes even longer in low-income schools – explaining why a lot of the growth has come in the form of failed AP tests.

If the majority of these students are failing their AP tests, then isn’t that a waste of their $97? What was the point of them taking the test if they didn’t receive a score high enough to earn credit? And what about those who do?

There are many schools who don’t even accept the credit gained through an AP test, but the last thing the College Board would want is to release this list of schools prior to their payday. There are many students who have chosen their school only to find out later that their precious credits  wouldn’t be put to use. Now let’s say you got your credits, you made it to school, and you were able to skip a few courses of general ed. because you worked so hard in high school. Then you step into your higher level course designed for those who had already taken a year’s worth of college rigor on the subject. The class is too hard and you are stuck in a course that will ultimately drop your GPA. This course of action is common for many students who have had experience with College Board.

Many of our questions remain unanswered. So what does College Board do with the $450 million dollars they take in annually from their AP program? I mean that is already the majority of the $750 million they make every year.

For one, College Board really does take care to hire and train real teachers to grade those millions of tests per year. That’s a lot of FRQs to read.  Not that it takes $750 million dollars to pay these teachers, but I have to give them props for being thorough.

As Mr. James, a fellow economics teacher, would say, you have to look at both the costs and the benefits before making a proper economic decision. So naturally, we can’t forget to ask, what do we get from the AP program? In most cases, you get a pretty dang good education. I have had great experiences with the AP classes I have taken in my high school career, and I truly believe they have prepared me for the workload I will receive in college. However, that is most likely not the case for all students. We are fortunate to have the teachers we do. If you have ever had a Mr. Coyne, a Mrs. Gaines, or a Mr. Baker, you would understand.

College Board may be playing us, but we can’t forget to acknowledge how much we have gained. There is something about a seriously stressful test that really forces you to learn something. Now, thanks to the AP program, I have learned how to eat on a budget, and perform even when my hair falls out. And in education, that is all we are asking for.