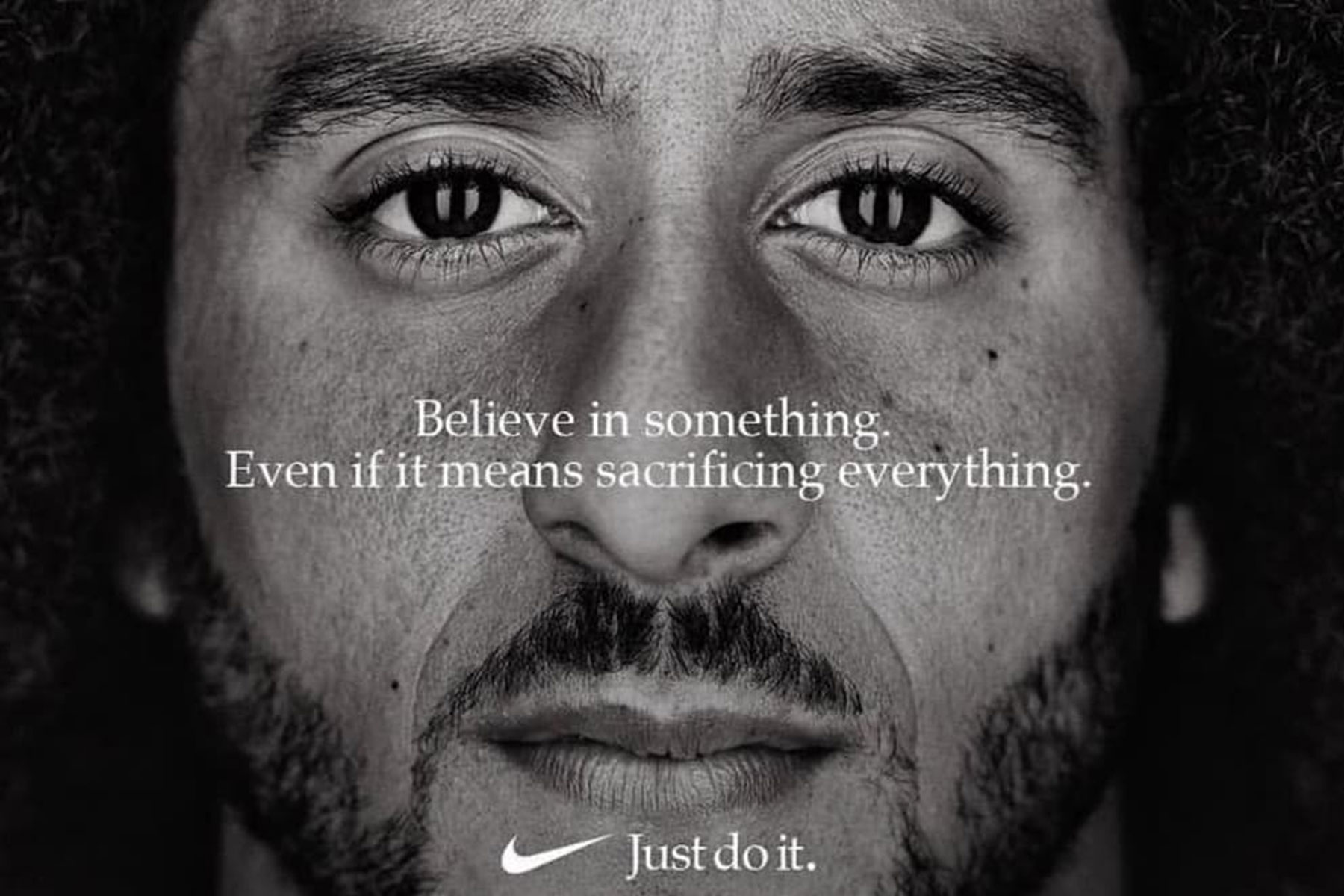 Colin Kaepernick is a well known football athlete. He’s the former quarterback for the 49ers, but as of September 3rd, he signed a deal with Nike that made everyone go ballistic.

Kaepernick is well known for taking a knee during the national anthem just before one of his games. He quickly addressed his reason for doing so, “I am not going to stand up to show pride in a flag for a country that oppresses black people and people of color,” Kaepernick told NFL Media in an exclusive interview after the game. “To me, this is bigger than football and it would be selfish on my part to look the other way. There are bodies in the street and people getting paid leave and getting away with murder.”

Kaepernick has now signed a new deal with Nike which includes him being one of the many faces for Nike’s 30th Anniversary “Just Do It” campaign. According to CBS, Kaepernick will be features on billboards, television commercials and online ads.

This brought more controversy to Nike lovers. Some agreed and loved the idea of someone with these beliefs representing Nike, and others threw away everything Nike and cut off the famous Nike check off of their socks to show that they do not support.

Seeing Kaepernick appear in this ad made me feel proud of Nike, knowing it would lead to them losing some Nike lovers. It was bold and really shows what they believe in. I feel that this was the right moved for them, because although they did lose some fans, they gained a lot of publicity. Kaepernick made them $43 million worth of media exposure.

When I saw that Kaepernick had taken a kneel during the national anthem, my first thought was not him disrespecting the flag/America, I thought of everything he mentioned it had represented. There has been a lot of mistreatings towards African Americans that weren’t being changed, and I felt that him taking a knee was motivation for many people to speak out about what  they believe in.