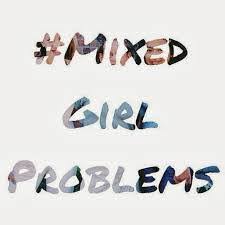 Being mixed race can be a struggle sometimes and learning to accept yourself and not let anyone ruining your self-esteem can sometimes be hard. Microaggressions or bullying may come your way but you should not let that forget who you are or hate yourself. People of color can go through these problems also not just mixed race people. Most people of color usually go through bullying and certain microaggressions. Here are a few things mixed race people can relate to that must be stopped:

People who claim that they want to have mixed race children usually mean that they want half black and half white children. They expect the kids to have certain features such as lighter skin, loose curly hair, light-colored eyes etc. But people don’t understand that mixed race people look different and not all look the same. It also says that only a certain type of child is beautiful. It is not just children either, it can be any mixed race person who is fetishized of certain features they have like racially charged catcalling or ignorance from other people.

This can be problematic because they are assuming that you are from another part of the world because of the way you look. Then they do not believe you when you say you are from here. Just because someone looks different doesn’t mean you should assume a lot about them.

Getting disturbing comments when it comes to racially-charged catcalling or bullying when it’s associated with you being mixed race can be the worst thing. Calling people slurs because of their race can make someone feel less than human. Usually, when it happens people feel ashamed of their identity and feel less important.

Sometimes when a mixed-race child is hanging out with one of their parents’ people usually ask whether or not the child is adopted or people might stare at them giving weird looks because of their confusion. Even if you don’t understand something staring at people is not the nicest thing.

If you are having trouble with bullying at all. Talk to a counselor or even someone you feel comfortable talking to is my best advice. Also, remember not too let people bring you down too much to the point where it starts affecting the way you see yourself. Accepting who you are is something that is important, and when you do no one can bring you down.